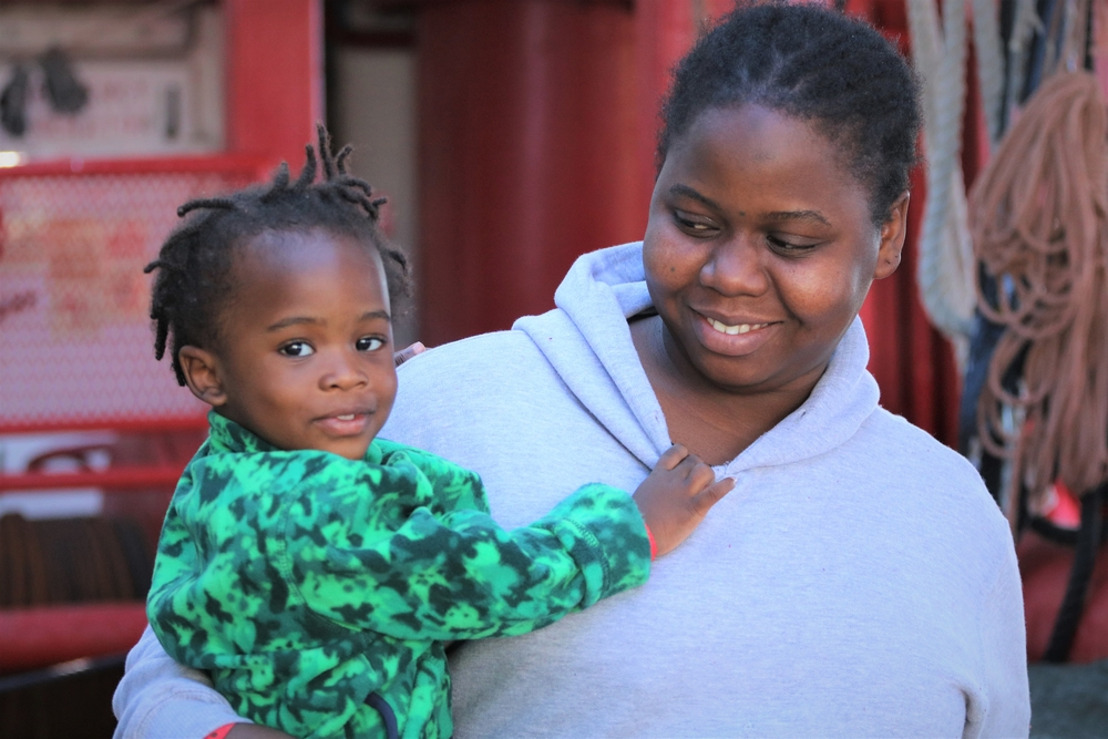 Mesina, Italia. 24 de noviembre de 2019. - As the 213 people rescued by the Ocean Viking last week disembark in Messina on Sunday, SOS MEDITERRANEE and Médecins sans Frontières (MSF) repeat their calls to EU governments to cease hindering lifesaving Search and Rescue (SAR) operations, and to ensure a sustained and coordinated response to the ongoing humanitarian disaster in the central Mediterranean.

More than 700 people are reported to have attempted to flee from Libya on flimsy boats this week alone amid renewed deadly violence around Tripoli. Of the 215 rescued by the Ocean Viking in three rescue operations, almost one-third were children under the age of 18, the vast majority of whom were travelling alone.

“We are relieved the survivors on board Ocean Viking are being disembarked in a Place of Safety today. With a lack of coordination and dedicated search and rescue assets, and highly unstable weather conditions, people’s lives continue to be put at risk in attempting this perilous journey,” says Nicholas Romaniuk, SOS MEDITERRANEE Search and Rescue Coordinator onboard the Ocean Viking. “The past few days have been particularly deadly in the Central Mediterranean. There is a need of urgent coordinated intervention to prevent further loss of life.”

As the rescue operations took place within the area of responsibility of the Libyan Joint Rescue Coordination Centre (JRCC), Tripoli was first assigned as a port of disembarkation for the survivors. The Ocean Viking declined, since no port in Libya can currently be considered a Place of Safety. The Ocean Viking subsequently requested Maltese and Italian maritime authorities to provide an alternative Place of Safety.

“The humanitarian disaster ongoing in Libya and the Mediterranean represents a failure of EU states to act in accordance with humanitarian principles and their obligations under international law. Over the last few days alone, at least 440 people were intercepted by the EU-funded Libyan Coast Guard and forcibly returned to the conditions of violence and exploitation that the EU itself has acknowledged prevails in Libya,” says Michael Fark, MSF Head of Mission SAR. “Meanwhile, the bodies of those who could not be rescued were washing up on the shore. Even as the Ocean Viking was awaiting instructions for disembarkation, we heard reports of another tragic shipwreck off Lampedusa. These are the devastating consequences of EU policies that European leaders can no longer ignore”.

MSF and SOS MEDITERRANEE urge EU governments to act immediately to assign a place of safety to the 151 survivors still stranded on vessels carrying out life-saving rescue operations at sea; to respond to the urgent need for proactive and sufficient European search and rescue capacity; and to effectively implement a sustainable and predictable disembarkation mechanism.

With armed conflict and growing insecurity in Libya increasingly affecting civilians, and further impacting the highly vulnerable migrants and refugees, EU leaders should also reconsider their political and material support to the system of forced returns to Libya. People fleeing Libya simply cannot be returned there.